Does penis size matter? You may have heard women saying things like “the most important this is how a man knows how to handle his tool”. However, it can be difﬁcult to admit, but men don’t have the opportunity to be able to have good control over their manhood. Compared to a finger, they don’t control anything. It is obvious, but men can’t move the penis head to stimulate the A- spot. The penis head and shaft don’t have the maneuverability of a ﬁnger. The control is only the man’s body.

The real only consistent feedback was the following: the majority of those women told me large penis could hurt. I often heard sentences like: “I had awful sex with a large penis”. Firstly, it is a paradox. They ﬁrst stated size didn’t matter and then they said penis shouldn’t be too big. So it means they do have a size preference. However, no women ever reported stopping sexual intercourse because of a penis size.

We asked them how many sex partners they had. We knew many of them never tried large penises because of probabilities of doing so. Women who had for instance 3 sexual partners don’t have enough experience to have an overview of all possible penis length and girth.

Women who think penis size is important reported always the same feelings. During interviews, they were straightforward, precise and provided me lots of details. Interestingly, they chose very often the same words to describe their feelings with large penises. They were more consistent than women who said size didn’t matter. They told us exactly the same facts when a man or a woman asked the questions.

I want to mention, I didn’t see correlations between women beauty, body types, age, culture and adherence to the size queen proﬁle. Those women were both attractive and not attractive. Those women had also various body types, ages, nationalities, and educations. According to them, they don’t have a large vagina size. Some reported they were tight. By the way, a majority of them were not mothers.

Those women are fully satisﬁed with men from the large category. Satisfaction means they had a vaginal orgasm or a very good feeling from penetration only. The penis girth was slightly more important than length. Nevertheless, both parameters are important to size queens. I think size queens were a maximum of 30 % of the overall number of interviewees. None of them called herself «size queen».

Size queens reported being more aroused by watching a large penis than any other smaller size of the penis. Actually, watching a large erect penis size arouses them. Some said a large penis man did not need to do foreplay and they also said that penetration is enough. Most of them said they felt “filled up”. They also liked it because their vagina was stretched. Those two reports were the most common feedback we received from size queens.

During penetration, they also reported they liked the friction of the penis shaft in the vagina. Some of them may experience a mix of pleasure and pain. Some reported a burning or hot sensation. All the size queens wanted to feel the large penis as deep as they could. In some sex positions, some reported a loss of control during sexual intercourse with a penis penetration.

This loss of control carried to moans directly related to the large penis size. Moans are always more intense than with small or average penis men.

Nevertheless, it is not a mandatory reaction. Some size queens don’t moan. The moaning size queens explained they couldn’t control the moans. Moaning is like a natural reaction to them. We only know moans are not related to pain.

At that point, many of the size queens want rougher sex due to the intensity of the sexual intercourse. Some reported they wanted the large penis man to show his power over them. They used also to say they wanted slow sex at the beginning of the session and fast sex at the end. They also described sex with large penis men as being «animalistic». They often used the word: “animalistic” when referring to sex with well-endowed men. One size queen summed up this idea in a poetic way: “Average penis men make us feel loved, Large penis men throw us back to animal instinct”. 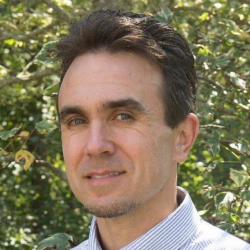 No votes yet.
Please wait...

About admin 88 Articles
My obsession with penis enlargement began when I chosen as a subject for a study on how penis stretchers were. I was shocked with the results.